The main app that I’ve seen this in is my iOS app called Subnet Calc. I’ve seen an increase in sales of around 25-30 per day to 55 per day, in a steadily increasing fashion. This increase started the day iOS 6 came out.

Take a look at the graph below which shows a 14 day rolling average of daily sales over the past couple of months. Notice the flat line before iOS 6 launch and then the distinct increase. 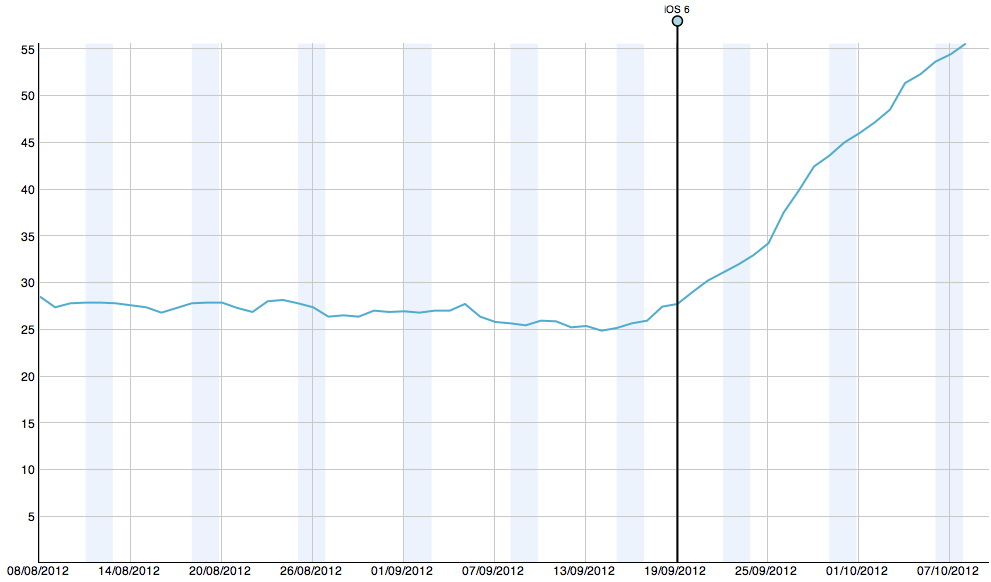 I also have a paid version of the app, called Subnet Calc Pro which has also seen an increase in sales. This is likely due to the fact that as more people download Subnet Calc, more will see the pro version as well.

So, it’s not all doom and gloom with the new App Store style. For every person who sees sales reduce, there’ll be someone who sees sales increase. Thankfully for me, my app appears first when you search for “Subnet Calc”. There’s tonnes of copy apps (some even stole my name) and this new layout puts mine infront of them which is great.