On Friday (21st September 2012), myself and 4 friends attended the Facebook World Hack day in London. It was held in the London offices of Facebook and around 200 people attended. Twilio, Pusher and Deezer were also there. The aim was to build something which used the Facebook APIs, with extra points going to teams who incorporated the OpenGraph, a game element or used one of the 3 other companies APIs.

So myself, Michael, Chris, Will and Stevo set about working on the basic idea we had gone to the day with. The idea was called “Flash Dance” and it was to be an app that allowed you to arrange silent discos in a flash mob kind of way.

And so, Flash Dance was born…

We first got set up in the VW campervan tent that Facebook had put up in the office and started to sketch out the idea. It slowly grew into a fully fledged app plan and then we got hacking for real. Here’s a picture of the inside of the tent before any hacking went on: 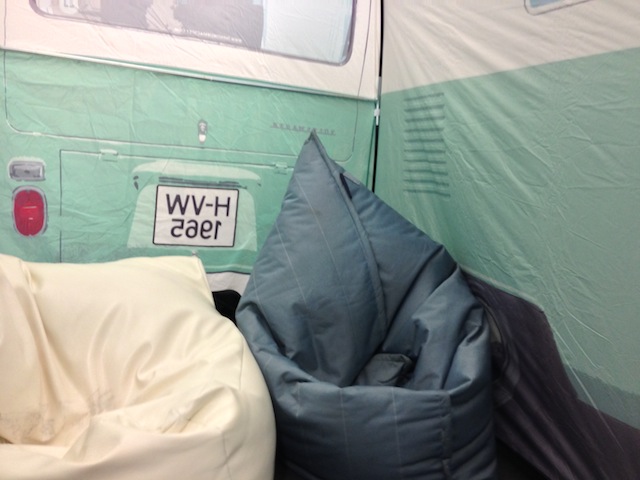 As the day went on we realised we were not going to get the whole lot finished, so we decided to concentrate on the bits that were important. There needed to be a way to create a flash dance and a way to join a flash dance. Those bits didn’t need to look pretty, but they needed to be functional. That said, Stevo did a ridiculously great job at making it look pretty, just look at the poster he came up with: 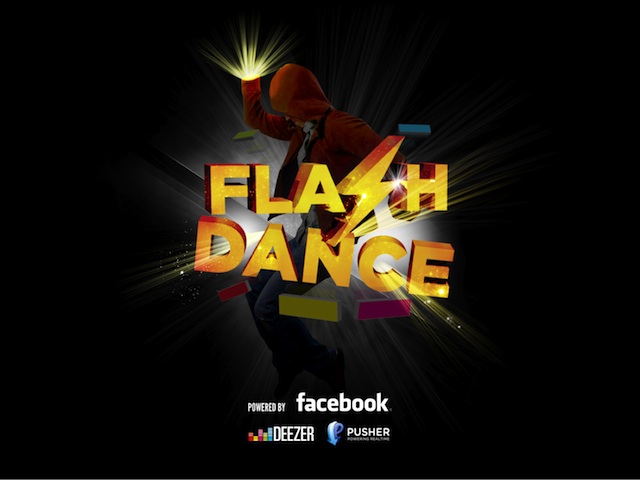 And here are some screenshots of what our app turned out like: 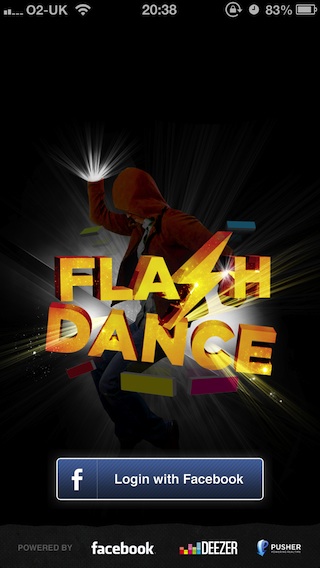 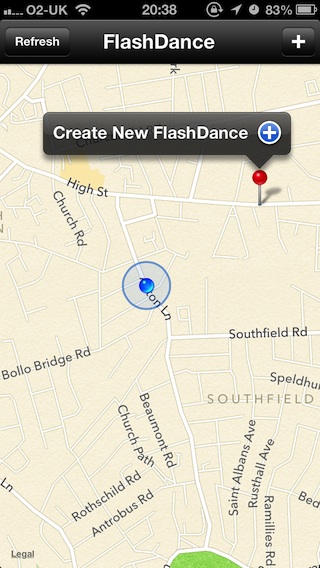 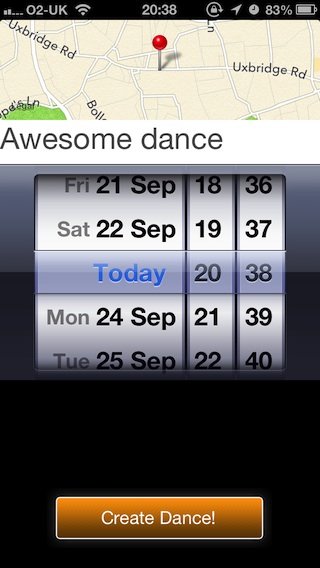 So with our app in hand and Michael primed for presentation it came to the bit of the evening where we were to show what we’d done. We did a great presentation and got a lot of laughs out of it which was awesome. Here’s what the presentation part of the evening looked like (this wasn’t us – we were likely still working hard at this point!): 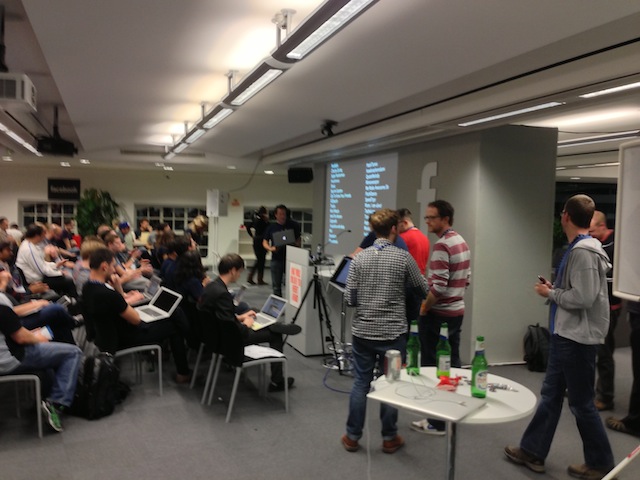 There were 7 prizes up for grabs:

And well, our day couldn’t really have gone much better since WE WON THE BEST OVERALL PRIZE! Our prize was an iPad (16GB WiFi) and $250 Facebook advertising credit. We were all ridiculously pleased but also we all have iPads already so we’re going to sell it.

We are also going to finish the app and launch it hopefully in the coming months. It needs a lot of tidying up and some big decisions are to be made. But fingers crossed it’ll all work out fine!

I want to say a final thankyou to Facebook for hosting the event. It was AWESOME.