For the past few months (since WWDC) I’ve been co-authoring a fantastic book called iOS 6 by Tutorials. And today I can announce that we have finally been able to release it now that Apple’s iOS 6 NDA has been released! 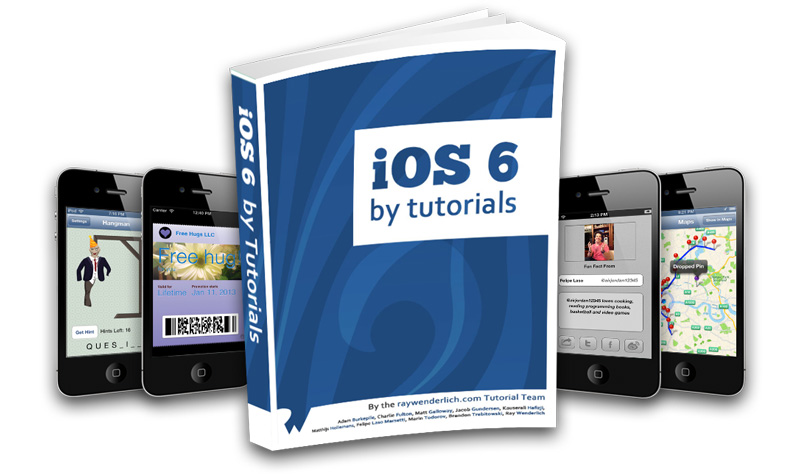 The book covers a ridiculous number of things. Here’s the outline (with the chapters I wrote in bold):

The book weighs in at over 1500 pages so it’s well worth the money. In fact for a short time it’s worth it even more since it’s on sale at only $44! Grab it now before it goes up in price.

Also, there is what we’re calling an “iOS 6 Feast”. This is a whole load of free stuff from site including tutorials, updated tutorials and even some stuff we’re giving away!