Over the Christmas period, Matt Martel decided to offer free advertising within his reMovem app to other indie iPhone developers. I took him up on this offer for my BeerMap application. I want to thank Matt for such an excellent idea and I want to share with everyone the sales figures which I saw. 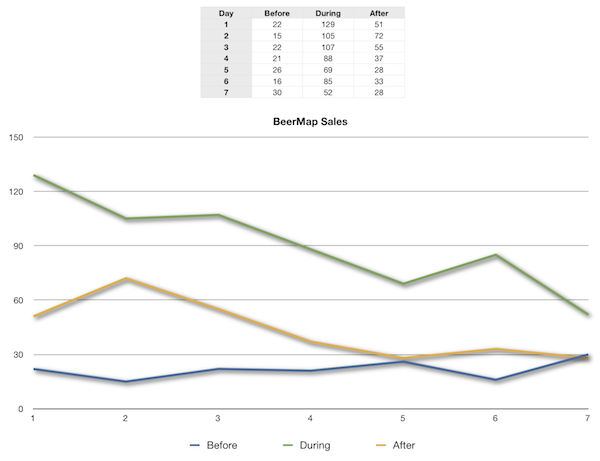