Ok, there’ll be plenty of these kind of post floating around, but I wanted to get my thoughts written down anyway.

Before the iPhone event today, my thoughts on iPhone OS 3.0 were that it would be a worthwhile upgrade and I was excited to see what new features Apple had in store (you can ask anyone at my work and they’ll say how excited I was!). But it turned out that Apple went far above and beyond what I had expected…

At the start of the event they showed a few pretty graphs but one graphic in particular caught my eye: 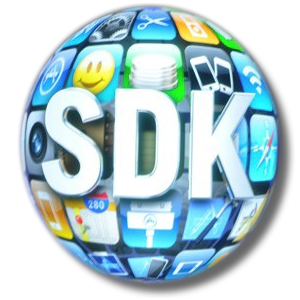 To me, this screamed that there would be copy & paste (scissors icon) and some sort of tethering between devices (two iPhones icon). The other icon which interested me was the one right below the ’D’ – the universal connector icon. Of course, we now know what all those icons turned out to be and it all makes sense.

I particularly liked the LifeScan presentation about their glucose monitoring tool for the iPhone. This is an idea for an application which I had already had (honestly!) but without hardware support it renders it a little cumbersome. Of course with 3.0 and hardware integration, these sort of apps will be much more common.

Copy & paste to me isn’t a major one and I don’t really mind that it’s there. It might be useful I suppose. I think it’s all been a lot of hype though.

The developer API advances which most excite me are:

I also am pleased that Apple have generally tidied up the operating system and improved their own apps. Most of note is the syncing of data with iTunes and the Notes application. Could this be the start of syncing of developer apps as well?

Most importantly, Apple has released the iPhone 3.0 Beta TODAY – thanks for that Apple!

And one more thank-you to Apple for being such an amazing technology company – even in the current economic climate you continue to impress and evolve at a rapid rate.

UPDATE: I’ve just found out that they added CoreData as well! OK, that has to be my favourite feature of 3.0. Well done Apple!