When I released Subnet Calc Pro, I worked out how many hours work I did on it and therefore how much money I would like to get back from it. Then I decided a price based upon how many sales I thought that I would get. I managed to achieve my money goal after just under 3 months of selling which I thought was extremely quick as I had imagined it would take more like a year to do that!

That is one thing that shocked me, but the other thing which shocked me is that my sales have been steady throughout the whole time I have been selling Subnet Calc Pro, with no sign of stopping yet. There was a spike around the time I released an update to Subnet Calc (the free version) which now has an up-sell page on it to encourage users to upgrade to the paid version. If there is a trend at all with my sales then it’s an increasing trend as well, which I am obviously very pleased with! 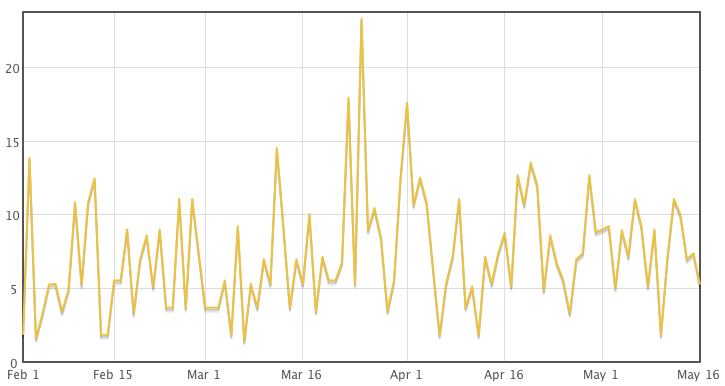 The bottom line is that this has proved to me, and I hope others who read this, that the iPhone platform is a great platform to work with because you can go from never written a line of Objective-C to a full paid application, earning £££/$$$ a month. OK my app won’t support me fully, but it certainly is some very handy pocket money which will enable me to continue in my iPhone efforts and hopefully produce even more apps.